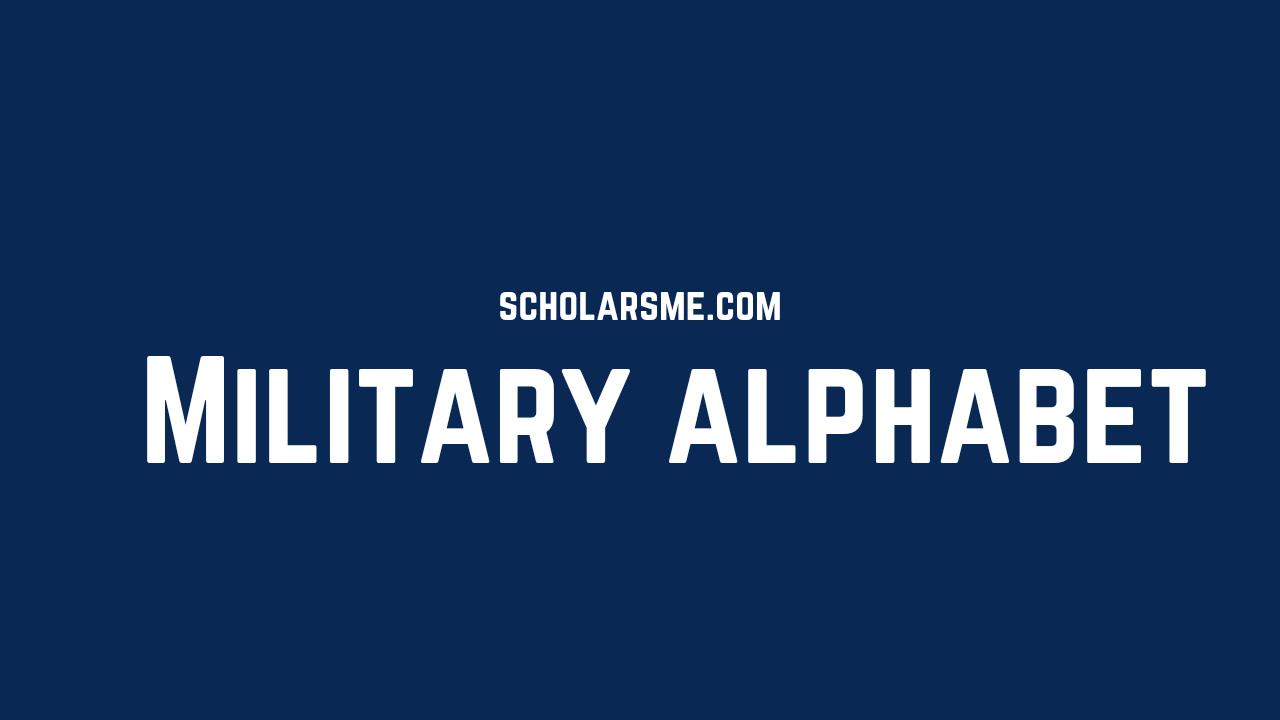 The reason for using this system is that, standard words are easier to recognize than the individual letters. In a noisy situation, words like Alpha, Bravo or Charlie sound much clearer than the letters A, B or C. Therefore, the US Military has devised the military alphabet system to pass on messages clearly.

It is very common to have confusion over what we hear from others. Especially when we use a medium like phone or when there is too much of noise, we may hear many things wrongly. The problem becomes more critical if the conversation is between two persons from different language backgrounds. Such confusion may result in serious problems in military, aviation and telecommunication applications. To do away with such problems they use standard alphabet systems. The military alphabets help avoiding confusions in communicating while operating in harsh conditions.

Use of words for the critical combinations of letters help the aircrew and air traffic controllers communicate without confusion. It applies to the military. The military alphabet facilitates better communication among Soldiers and units. The International Civil Aviation Organization (ICAO) is responsible for assigning words to the letters of the English alphabet. The International Telecommunication Union (ITU), American National Standards Institute (ANSI) and Federal Aviation Administration (FAA) have similar versions of alphabets.

There are separate words to represent each letter of English alphabet in military alphabet system. There are also some phrases or words that represent other words or phrases. Some military people refer to time by using terms similar to a form of “military shorthand”. For example, the term “Oh Dark Thirty” means “sometime during the middle of the night” or “sometime very, very early in the morning.”

In military alphabet a military person may refer to Zero Five Hundred (0500 Hours) as “Oh Five Hundred.” Here, the zero is a digit. However, it is pronounced like a word.