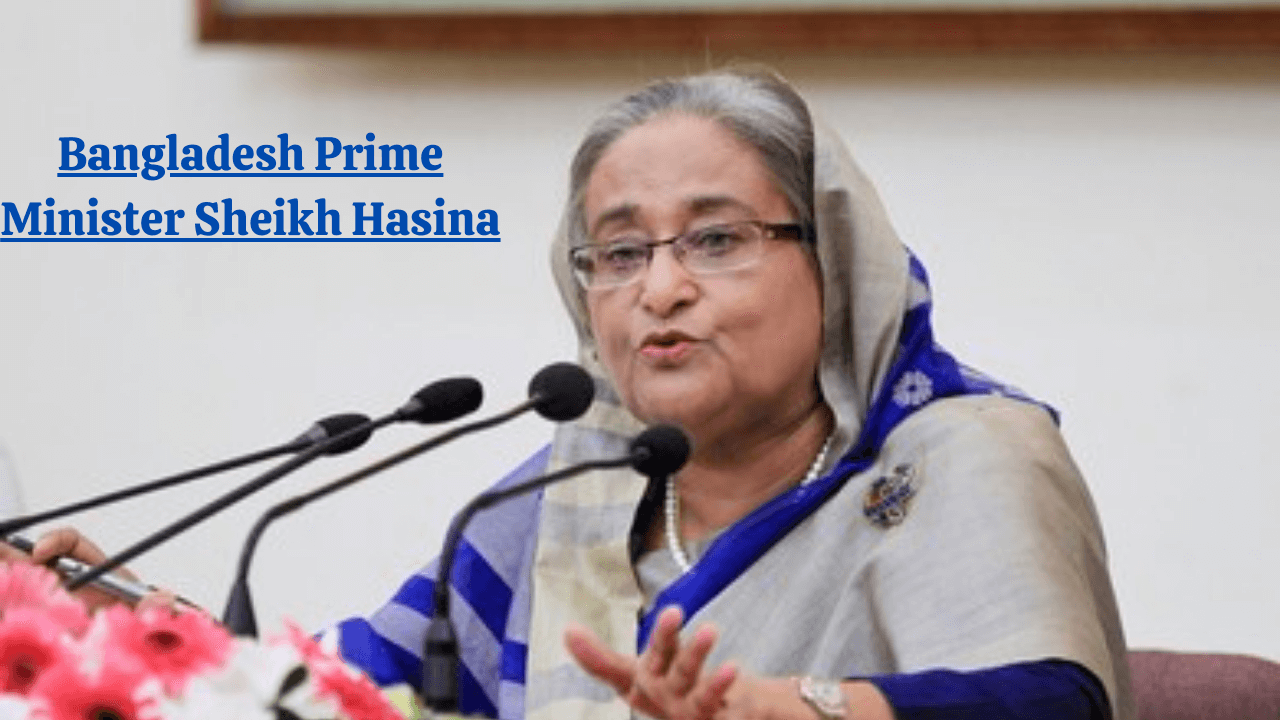 In her absence, Sheikh Hasina was elected unopposed as the President of Bangladesh Awami League in 1981.  He was then forced to live in exile in New Delhi.  He returned home on May 17, 1971, after ending six years of exile.

Sheikh Hasina completes her graduation from Dhaka University in 1973. She was elected vice-president of the student union of the Government Higher Secondary Women’s College.  He was a member of the Dhaka University student League and elected general secretary of the Rokeya Hall branch.  From her student days, Sheikh Hasina actively participated in all mass movements.  In the 1986 parliamentary elections, Sheikh was elected Member of Parliament from three constituencies and was the Leader of the Opposition.  He led the historic mass movement of 1990 and proclaimed the constitutional formula for the peaceful transfer of power by Articles 51 and 57 of the Constitution.

Bangladesh 1991 elections, Sheikh Hasina became the Leader of the Opposition in the Fifth Parliament of the country.  He led all parties in parliament to change from a presidential system of government to a prime ministerial one.  Sheikh Hasina started a strong movement in 1994 -1 996 for a non-partisan caretaker government to ensure free and fair elections.

During her tenure as Prime Minister from 1996-2001, Sheikh Hasina undertook many new and practical programs for the welfare of farmers and the destitute, landless, and poverty-stricken farmers.  These include allowances for the destitute and widows, allowances for the disabled and freedom fighters, the establishment of shelters for the elderly, the implementation of a shelter project to provide shelter to the homeless, the implementation of a house, a farm project, and the establishment of an ideal village.

Sheikh Hasina was the first Prime Minister of Bangladesh to hand over power to a caretaker government after a five-year term.  Awami League President Sheikh Hasina stood by her party leaders and workers and the common people who were massacred, tortured, and oppressed after the 2001 general elections.  He built a strong public opinion against terrorism and in favour of peace.

He has come back from the brink of death several times in his life.  The deadliest was on August 21, 2004, when more than a dozen high-tech grenades were hurled at his rally on Bangabandhu Avenue in Dhaka.  The attack killed 22 members of his party and wounded more than 500 others.  Sheikh Hasina herself was severely injured in the attack.  On July 17, 2008, Sheikh Hasina was arrested and imprisoned on false and fabricated charges.  In the face of strong public opinion at home and abroad, the authorities were forced to release Sheikh Hasina from captivity on July 11, 2007, almost a year later.

During his reign in 1996-2001, his visionary foreign policy and successful participation in various international forums brightened the image of our country abroad.  Sheikh Hasina, the ambassador for peace, played a commendable role in defusing tensions between India and Pakistan after the 1998 nuclear test.  He travelled to both India and Pakistan and was able to calm the explosive situation between the two neighbouring countries.  As a result, the image of Bangladesh is bright.  Under the leadership of Sheikh Hasina, Bangladesh became the first country in South Asia to sign the Comprehensive Test Ban Treaty (CTBT).

Sheikh Hasina has been awarded numerous prizes, including the honorary Doctor of Laws degree, for her outstanding role in social work, peace, and stability.

He was awarded the honorary Doctor of Laws degree on 20 October 1999 by the Australian National University for his outstanding contribution to peace and democracy.

Sheikh Hasina was awarded a doctorate by the State University of Petersburg, Russia on November 24, 2010, for her outstanding contribution to international humanitarian development.

Sheikh Hasina was awarded a diploma and a medal on May 25, 2011, for strengthening and institutionalizing the democratic process and for women’s empowerment.

In recognition of her multicultural democracy and peace in Bangladesh and recognition of her statesmanship and visionary leadership, the University of Tripura in the state of India conferred the honorary DT degree on Sheikh Hasina on 12 January 2012.

The MKM Gandhi Award-1997 was given to Sheikh Hasina by the Mahatma Gandhi Foundation of Oslo, Norway for her contribution to the development of communal harmony, non-violent religious harmony, and grassroots democracy in Bangladesh.

Sheikh Hasina was declared a Paul Harris Fellow by the Rotary Foundation of Rotary International.  He was awarded the Medal of Distinction in 1998-96 and 1998-99 and the Head of State Medal in 1996-97 by the International Association of Lions Clubs.

Sheikh Hasina was awarded the prestigious Indira Gandhi Peace Medal in 2009.  The Association (Asian-Oceanian Computing Industry Organization) awarded the IT Award-2010 for advancing the ICT sector in Bangladesh.  Sheikh Hasina presented the Global Diversity Award on January 26, 2011, from the Speaker of the House of Commons, John Barco.

Sheikh Hasina has written several books.  Notable among them is “Why are they talking?”, “Birth of dictatorship in Bangladesh”, “Poverty alleviation, some ideas”, “My dream, my struggle”, “We have come to speak for the people”, “Militarism versus democracy”.

He has performed the holy Hajj and Umrah several times.  He is the President of the “Father of the Nation Sheikh Mujibur Rahman Memorial Trust”.  He believes in democracy, secularism, overall growth and progress, and is committed to poverty alleviation.  He has a special interest in technology, cooking, music, and reading books.  Her husband, an internationally renowned nuclear scientist.  M Wazed Mia passed away on 9 May 2009.  Sajib Wazed, the eldest son of Sheikh Hasina, is an IT expert.  His only daughter Saima Hossain Wazed is a psychologist and she works in the development of autistic children.  Sheikh Hasina has five grandchildren.

Sheikh Hasina has written several books. Notable among them is